The Winchester District of the United Methodist Church is made up of 76 inviting churches nestled in the hills and valleys along the highways and byways, towns, and cities of north western Virginia. Our churches are located in the City of Winchester, and the towns and villages throughout Clarke, Fauquier, Frederick, Loudoun, and Warren counties. 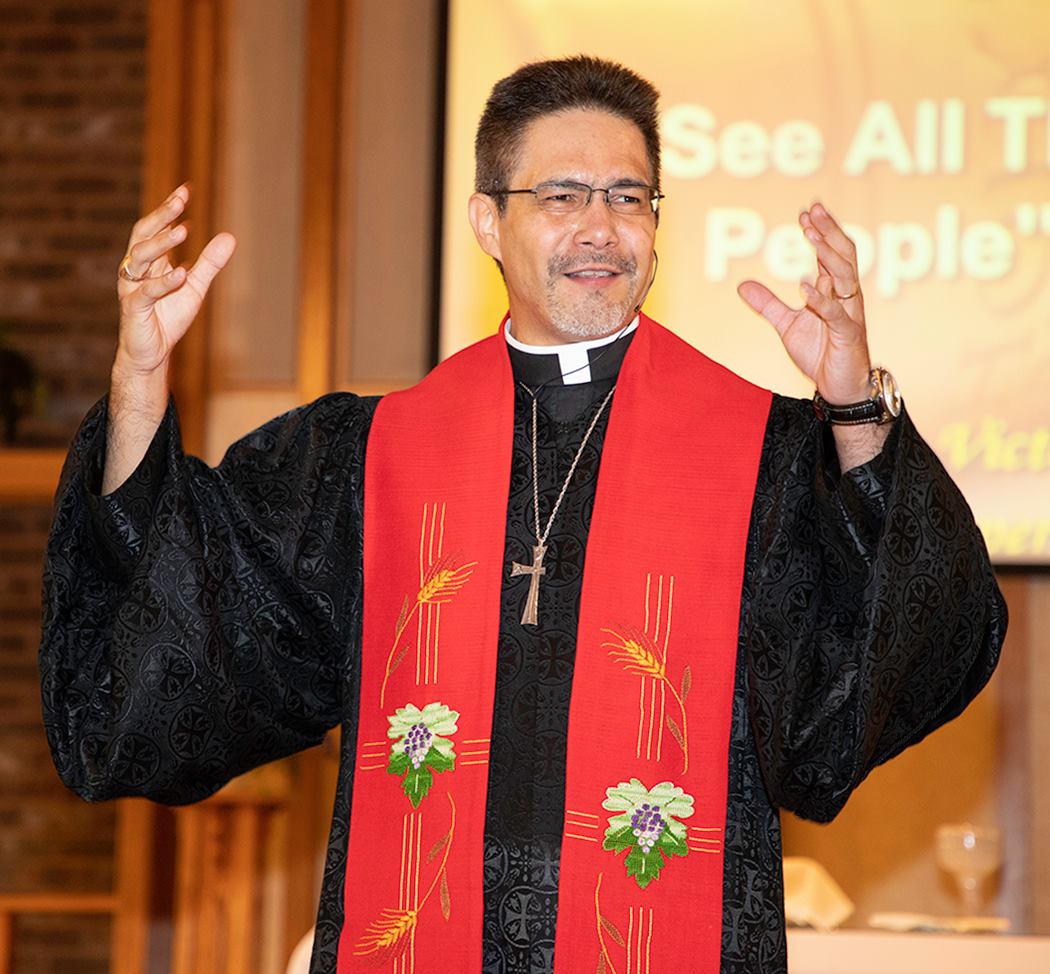 Rev. Dr. Victor Gómez was born in Mexico and raised in a Christian home with strong Wesleyan roots. In 1991 Victor and his future wife, Heather, were both youth members of the Voices of Youth of the Virginia Conference when the group travelled to the World Methodist Conference in Singapore.

In 1993, Rev. Dr. Gómez came to Shenandoah University to study music. He graduated with a bachelor’s degree in Music Composition and fell in love with the Shenandoah Valley. Right after he graduated, he married Heather who became his soul mate and partner in ministry. Together they are raising one beautiful daughter.

He served the Virginia Council of Churches as the Executive Director of Rural Family Development, a ministry with over 180 employees, serving farm workers and their families through five migrant and seasonal head start centers, including one in Winchester. He also worked with the Migrant and Seasonal Head Start Association as the interim executive director in Washington, D.C. He is an ordained Elder in the United Methodist Church and currently serves the Harrisonburg and Winchester Districts as District Superintendent.

Since 2011, he served and became an active part of the Winchester area as pastor, chaplain, and advocate. He volunteered as chaplain for the Fire and Police Departments of Frederick County and the City of Winchester. He was elected as the first President of the Latino Clergy Caucus in the Virginia Conference. He is a faculty member of the Methodist Seminary in Cuba where he has already taught to more than 200 pastors. He serves boards and agencies at Conference and District levels. He holds a Doctor of Ministry in Public Ministry from Gordon-Conwell Theological Seminary in Boston. He comes with strong Wesleyan theological roots and believes that Missions is vital for ministry and looks for opportunities to serve God and expand as far as possible.